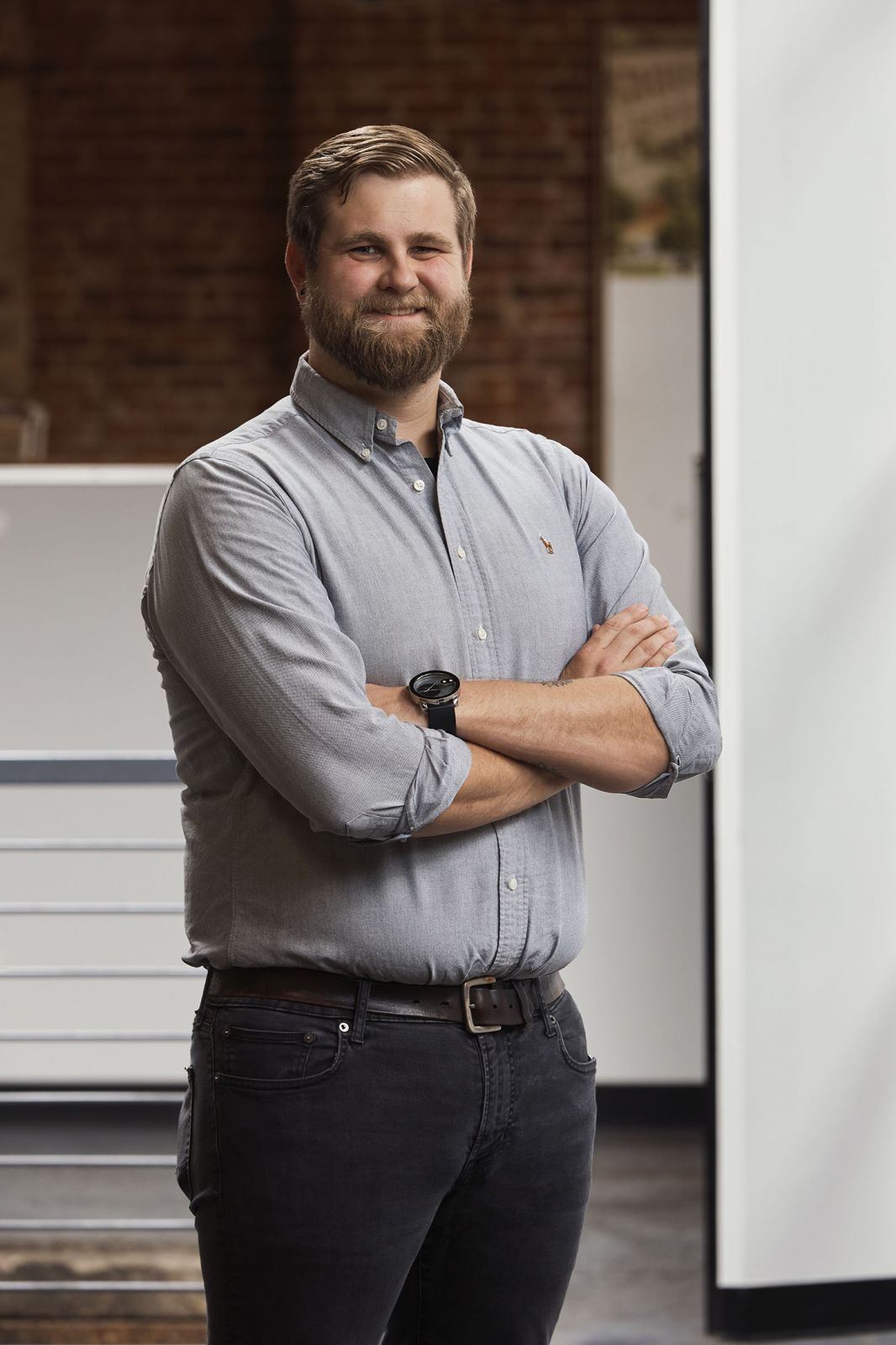 The Midwest is known for slow-paced living and hard workers. Born and raised in South-Central Kansas, Brett is no exception. His education began at the University of Kansas as an architectural engineer, but he quickly transitioned to the design-centered field of architecture, earning his Master of Architecture in 2014. Brett is focused on expressing clear ideas and crisp details in the built environment. He maintains that early engineering interest through an intense dedication to project-specific precise detailing. He believes that the goal for any designer should be to merge layers of thought to produce an intelligent, appealing, and cohesive final project.

His Midwest sensibility shines through in his spare time. He enjoys relaxing with a cup of coffee while soaking up bluegrass and/or folk music. With years of flat terrain shaping his formative years, Brett now takes advantage of Colorado’s beauty by hiking, volunteering on trail-building crews, and wilderness camping. In addition to outdoor activities, he can be found performing improv comedy or taking in a stand-up comedy show around Denver.