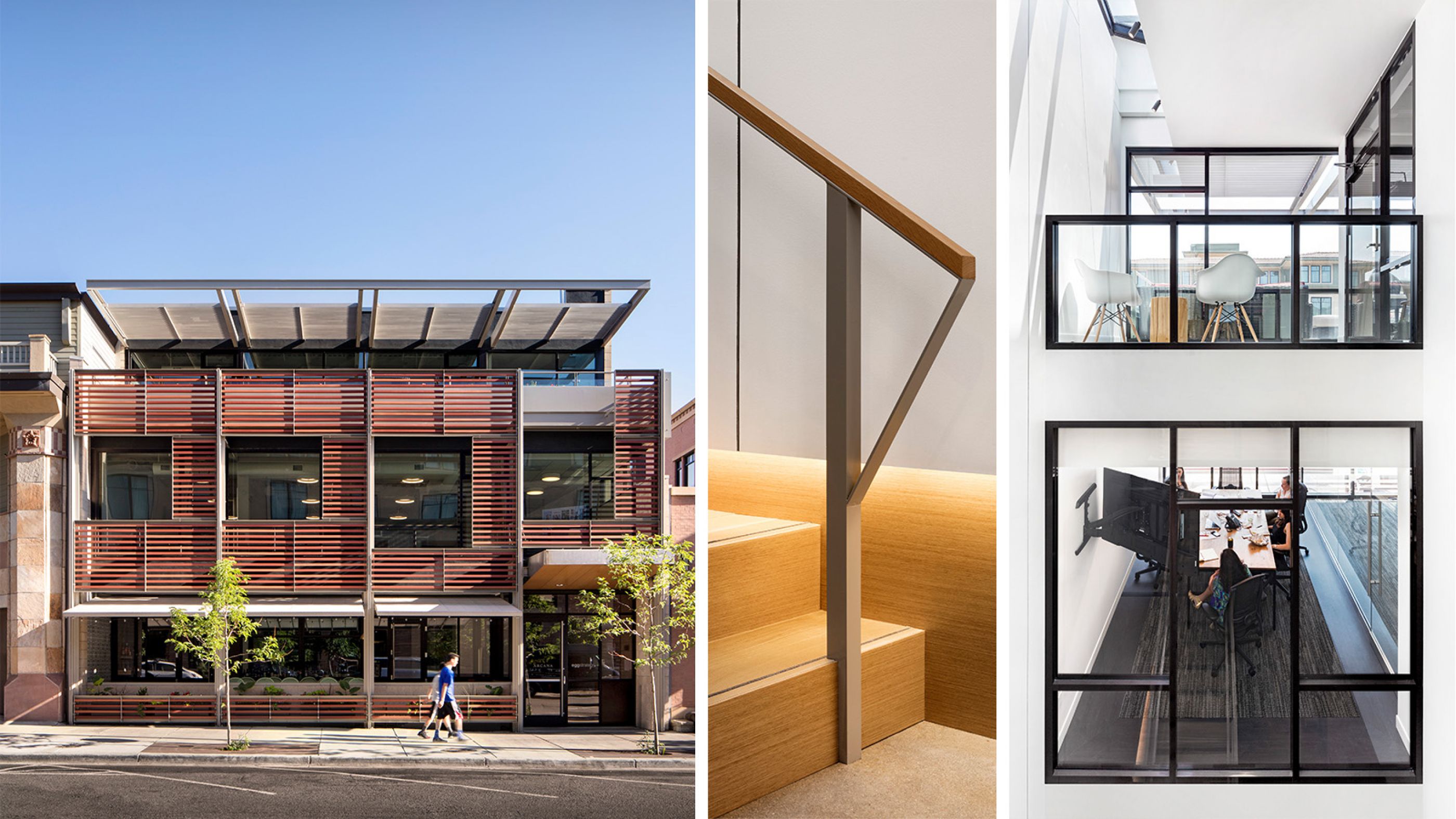 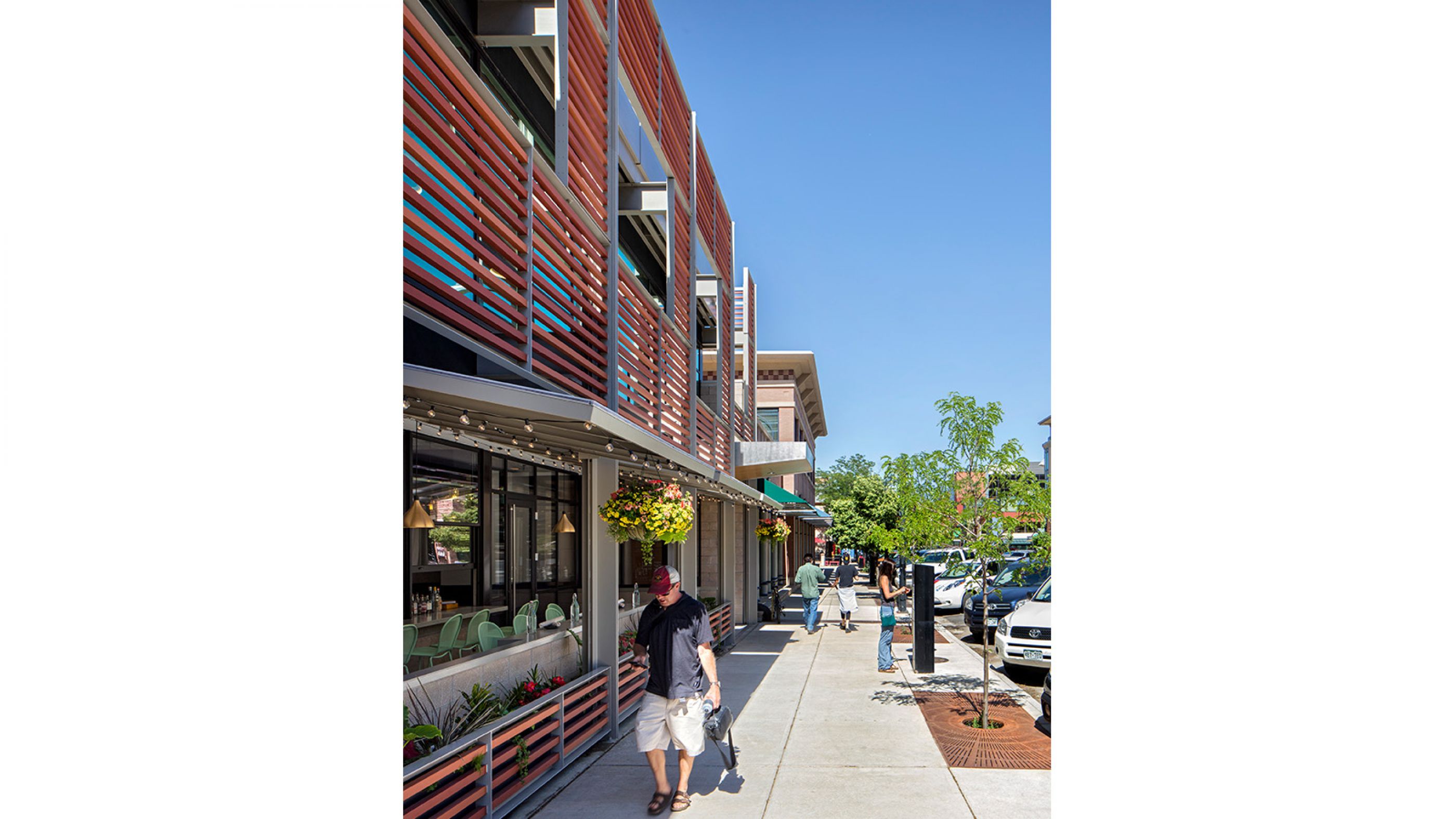 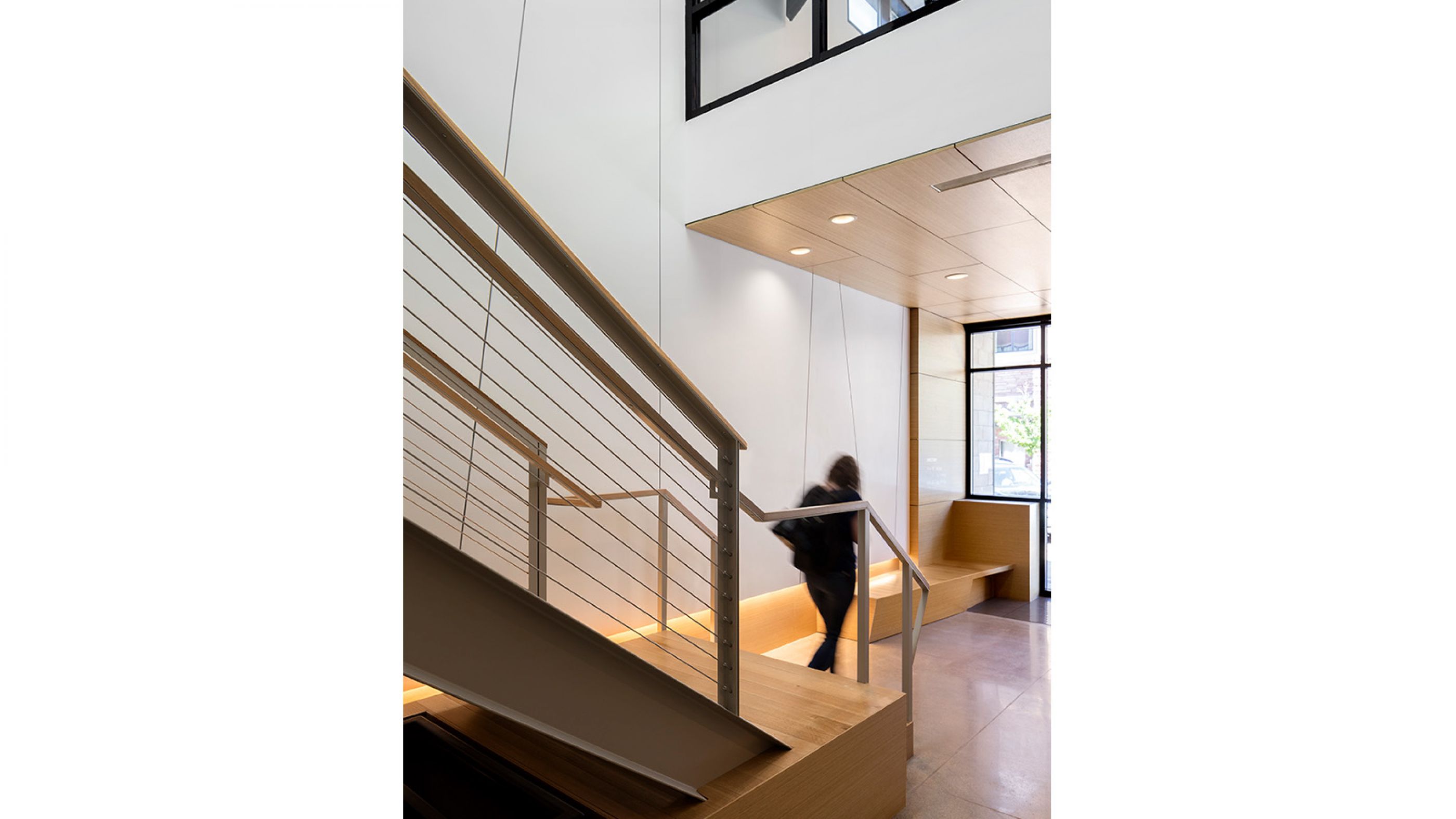 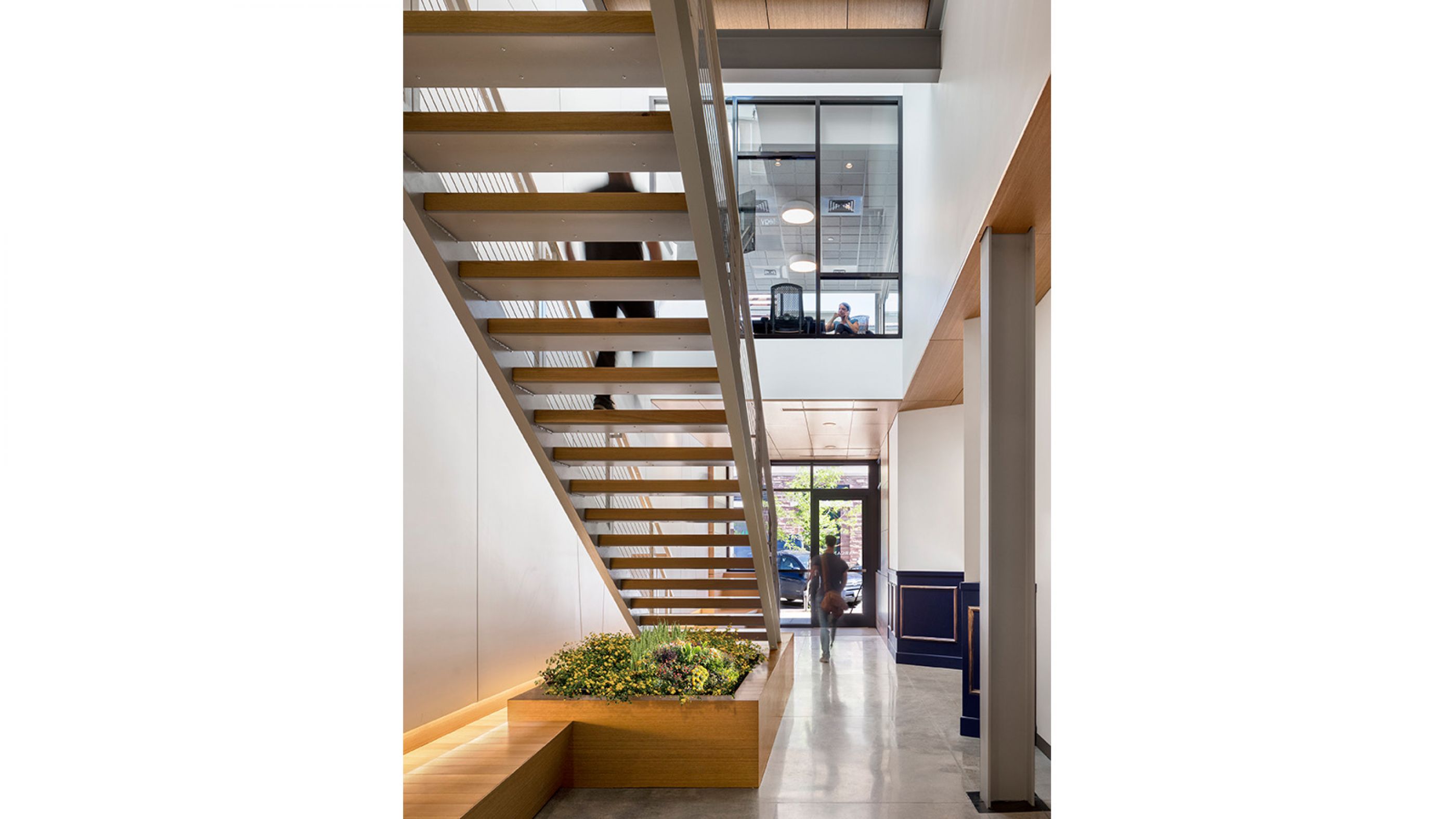 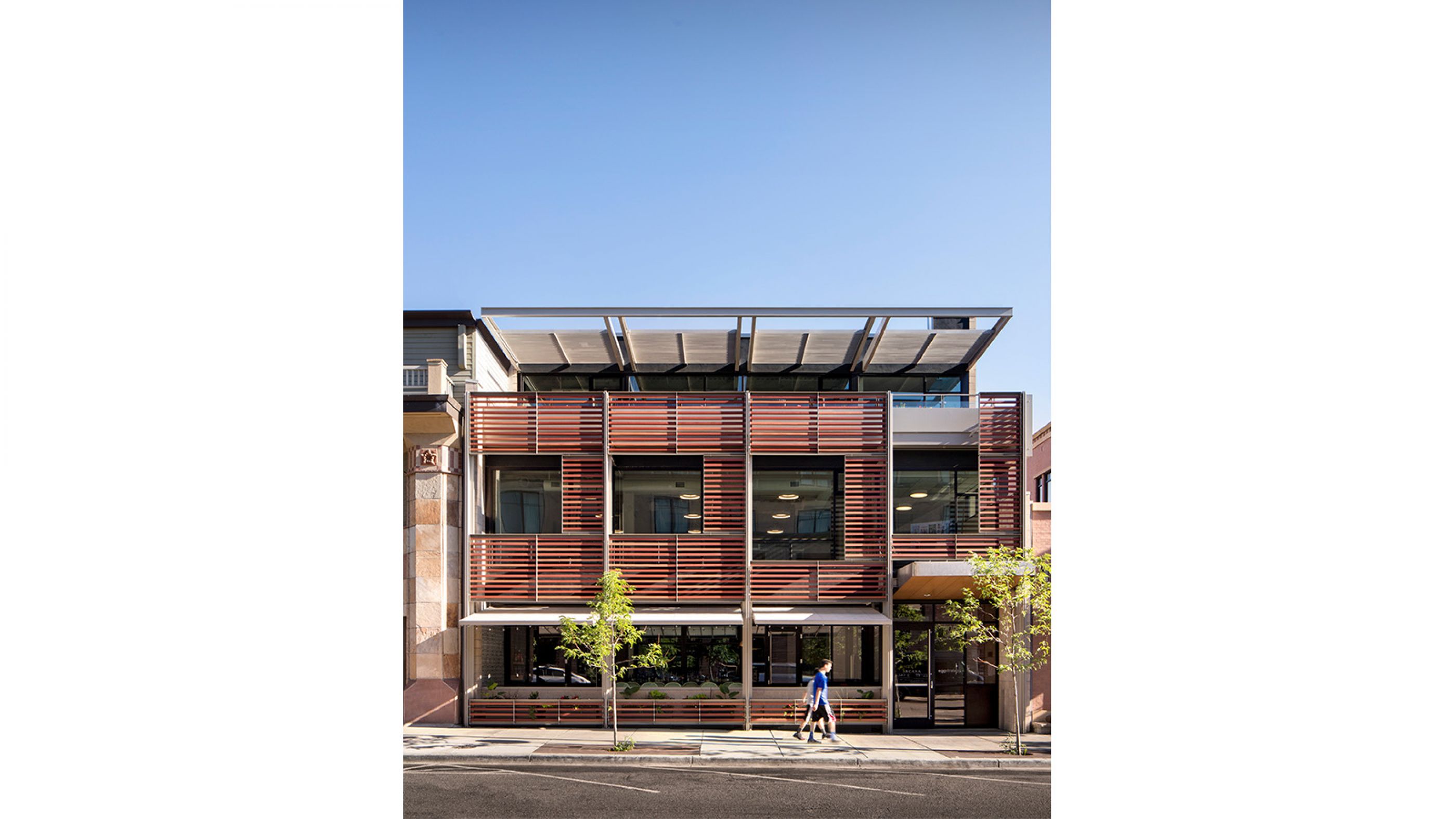 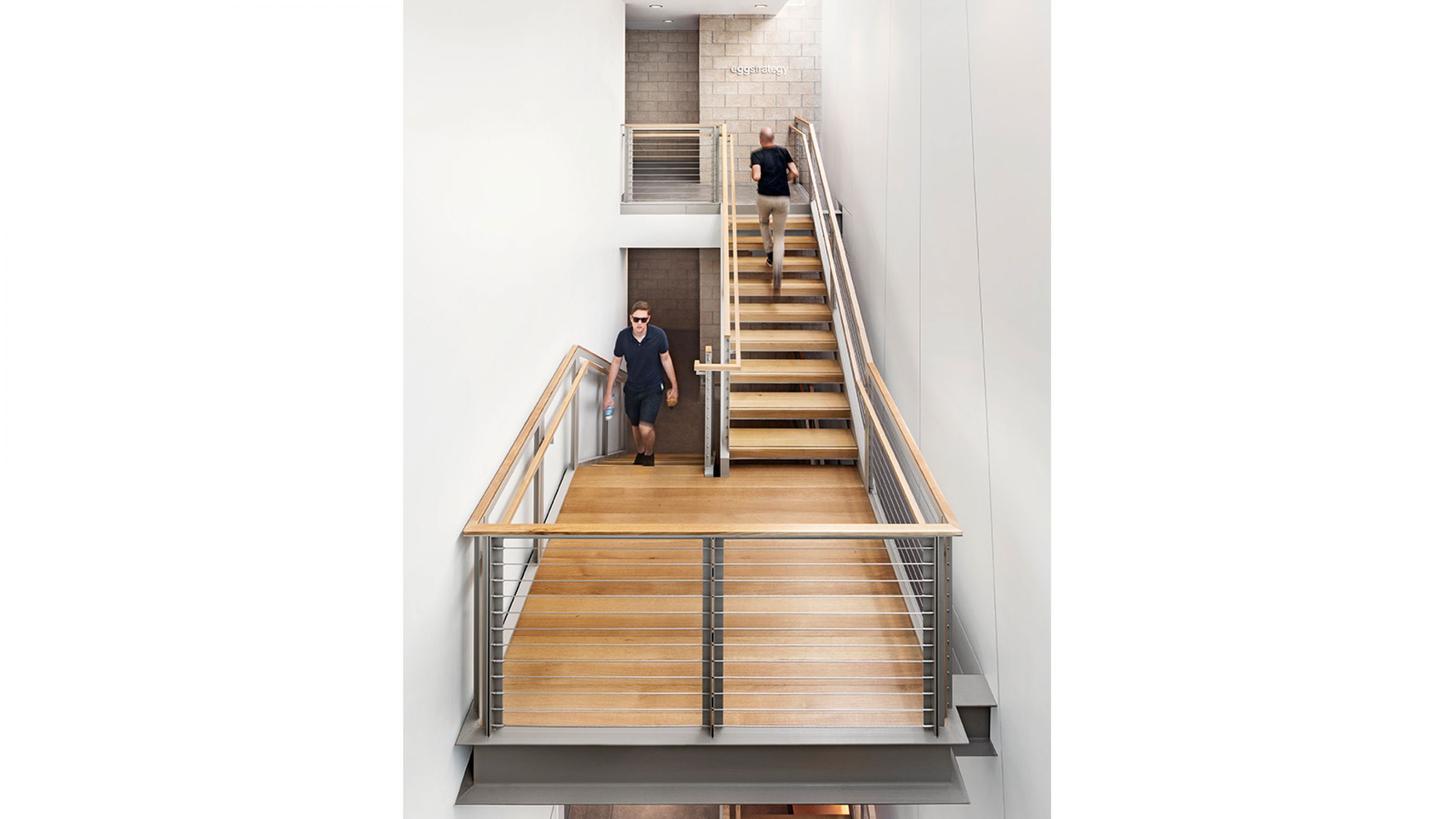 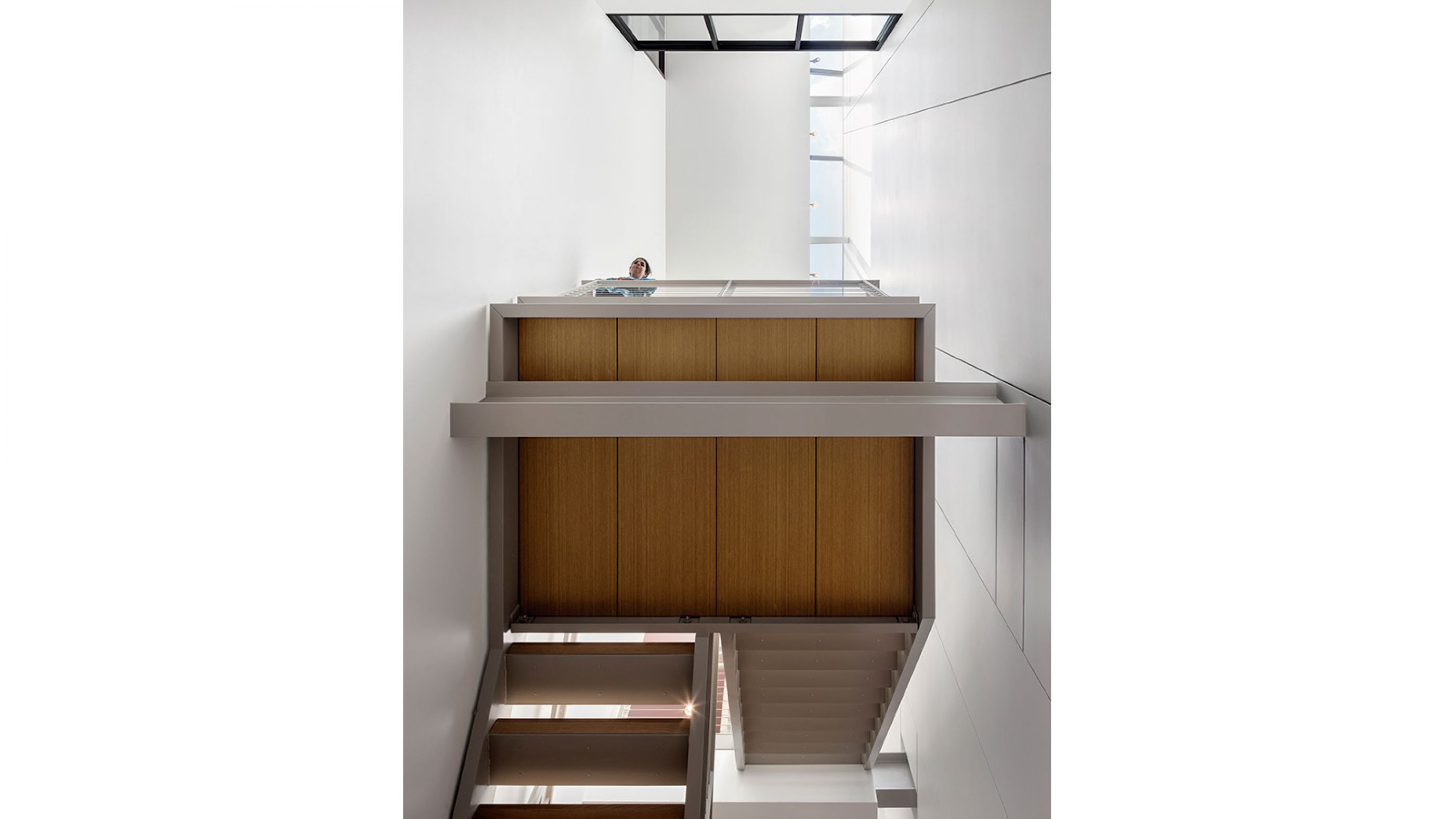 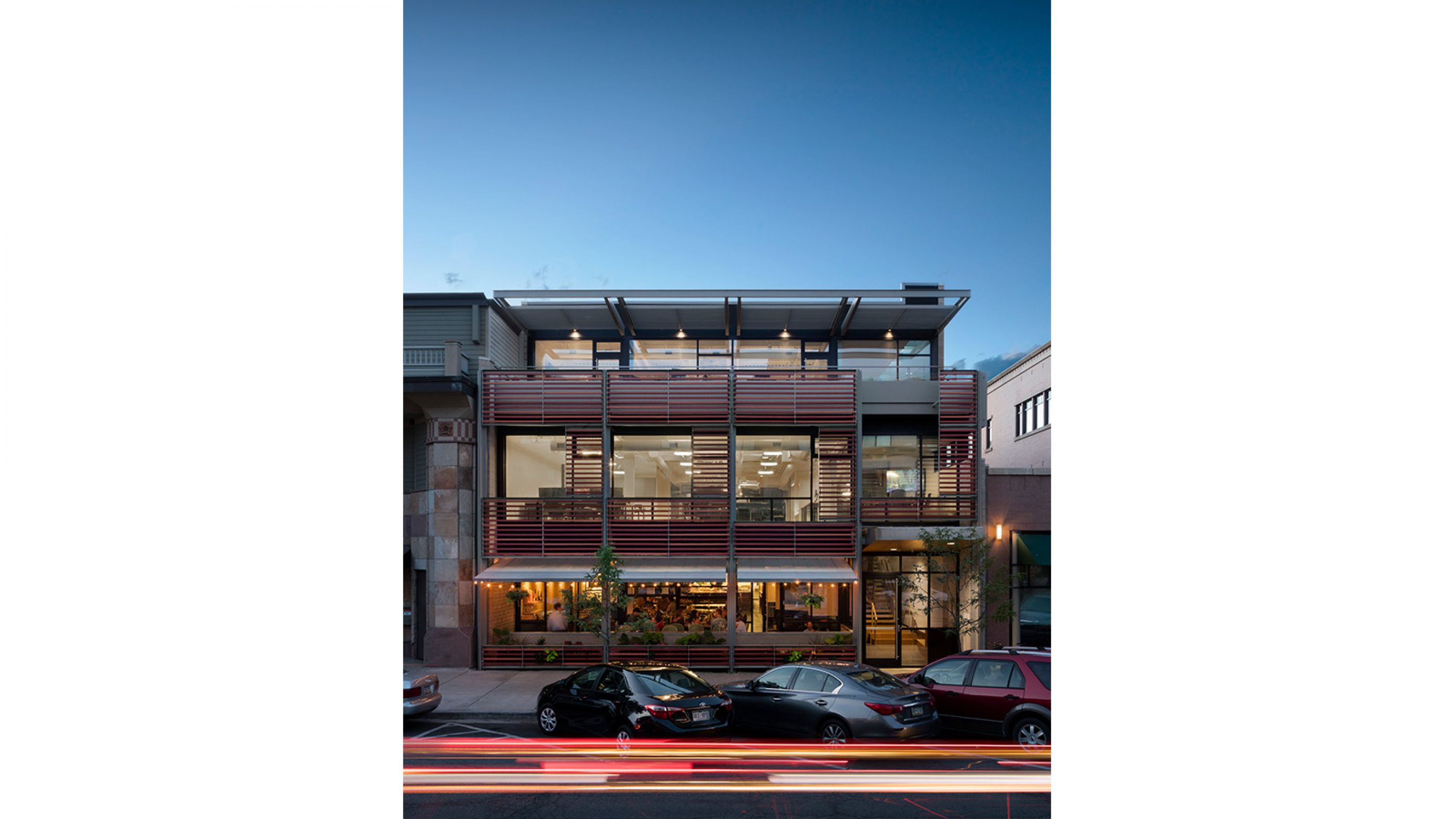 Located on one of the last remaining infill sites in historic downtown Boulder, 909 calls into question the solidity and opacity of the surrounding built context.

The street is composed primarily of masonry facades and the city regulatory body requested that the building be brick. Our intent, for a modern structure, is to dematerialize the typical solidity of the streetscape and allow a gradual weaving of the public street space with “public” space of the building, allowing some programmatic and visual overlap between the street and the building’s interior. In lieu of brick, a terra-cotta shading facade regulates solar heat gain and recontextualizes the historic building material in a modern setting.

The street level space was designed for a restaurant client and the two upper levels as speculative office. The client asked for an “exemplary” building for this tight site requiring the use of healthy building standards, and daylighting of each primary space, while still maximizing the site’s allowable buildable area.

There are two types of layering that define the building sequence from the street edge inward. The first is the programmatic layering of accessible open space: outdoor seating at the street and upper levels and the lobby with the public space of the street. The second, the highly articulated layering of the facade: structure, skin, planters and shading devices articulate how the building is made while reinforcing the gradual weaving of public urban space, “public” building space and the more private office spaces within. The building respects and reinforces the historic nature of downtown while looking to the future with advanced technological systems. The intent to respect without trivializing the past is achieved through facade proportion, color, texture and materiality, reforming the nearby historic context into a modern building. 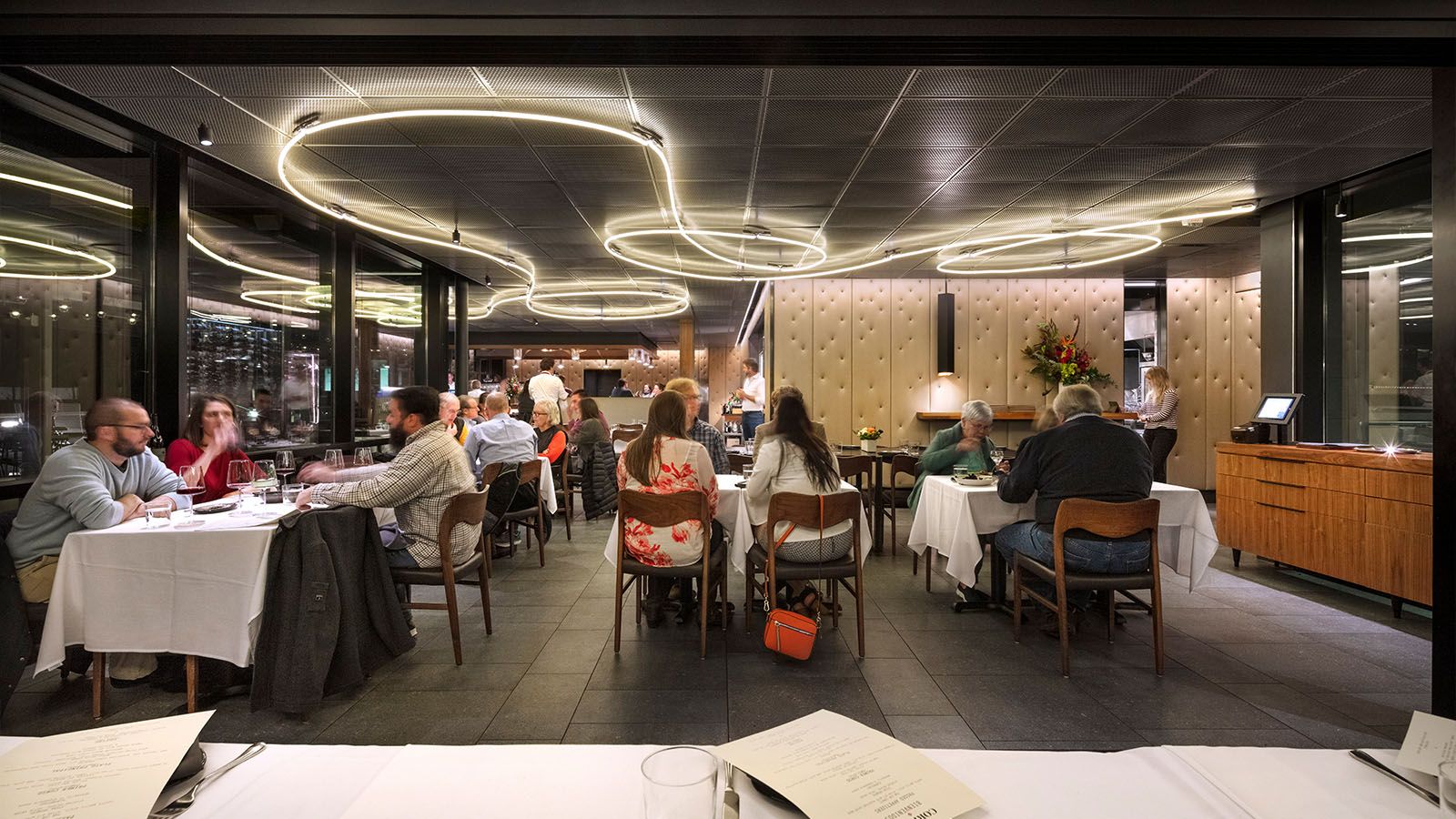 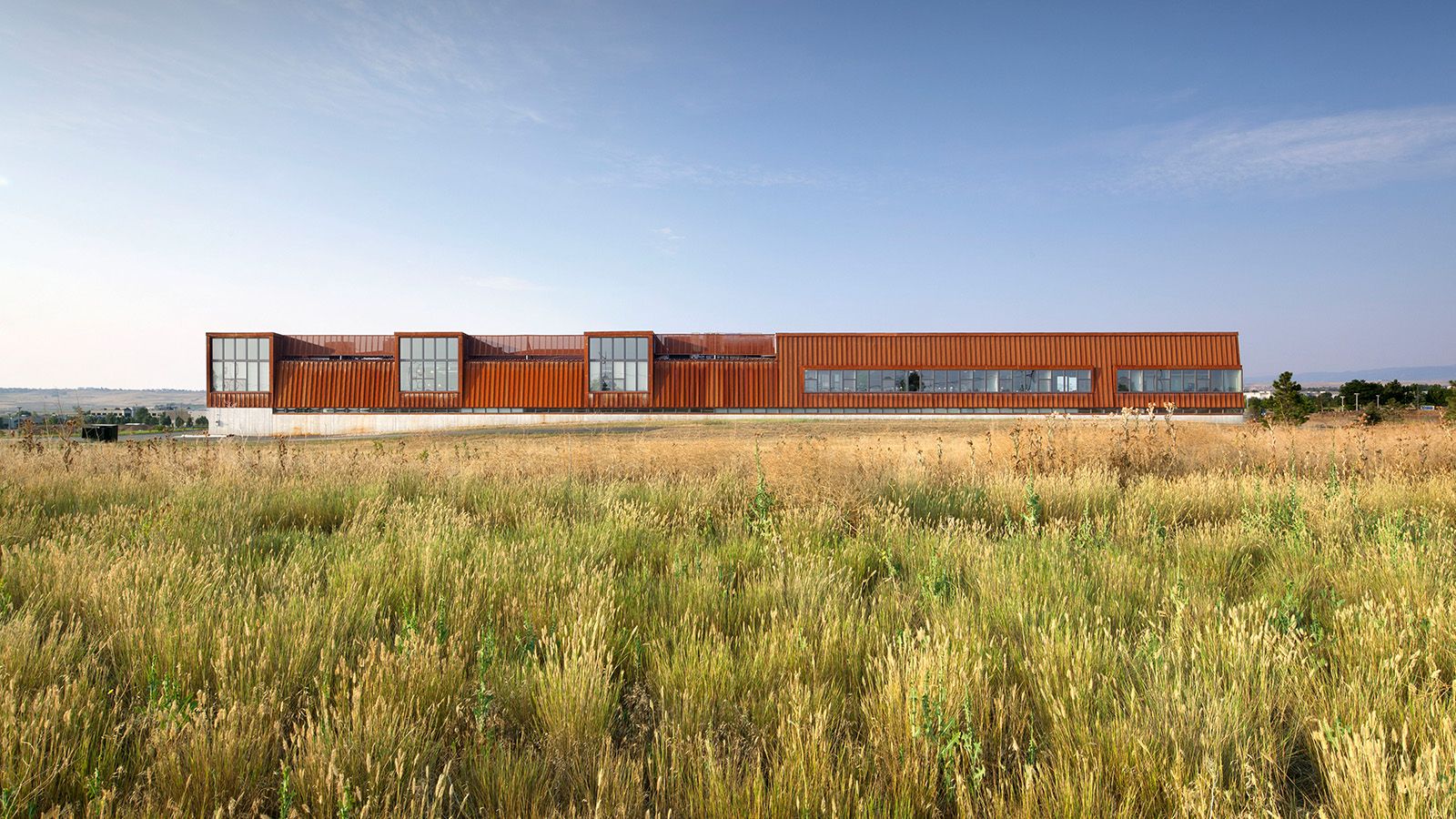